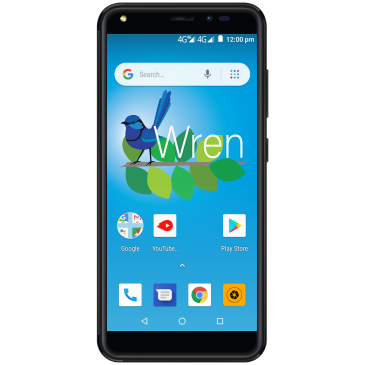 I got tired of charging and lugging a work and non-work phone around, so I went hunting two months ago.

Replacement had to be dual sim with decent camera (for work photos) and good battery life, for under $150

So I bought one. Set it up with dual sims, both slots show 4G, all OK.

Started playing with the camera, and it turns out to be garbage. My old iPhone 4s was far superior.

The auto focus on the Wren is crap. Notice the in out zoom pulsing in the first 44 seconds. (note: different camera used after 45 seconds)

So I spent a few bucks on an App called ‘Better Camera’ hoping it would help. Yeah a little bit, but it’s a hardware issue. No HDR native camera software. Audio recording is very good thought.

Next, I went to eBay to get some protective covers for it. Yet nothing. It’s an Aussie Post stocked phone, yet no covers? Plenty of stupid generic one size fits all stuff, but nothing that I wanted.

The rear camera lens is flush with the case making it super easy to scratch the lens glass. I’m always paranoid about where, and how I place it down.

Planning for the future, I went to the official Aspera website to buy a spare battery for the Wren. Guess what? They don’t sell them! Neither does eBay. Emailed them and they said there are none. Yet there older models have spare batteries. Something doesn’t add up.

An “Australian” phone company, that only 10 months ago released this new Wren, doesn’t have spares? Geez, Australia Post!

Review summary: Don’t buy one, and stay away from that brand that seems to be going bust. Had I known better, the same spec popular brand Motorola for about $10 more would have been better.

#clownworld USA being paid protection money by country 15 of 19 September 11, 2001 hijackers came from. https://t.co/8INP54uqwW via @MailOnline

This is Australia? Non-criminal pensioner with prescription drug addiction missed detox appointment. Mafia cops sent around without warrant, savagely bashed, pepper sprayed and hosed him into submission https://t.co/VE0tghwa5v via @MailOnline

#Twerking dog's get away with an awful lot that humans can't. Hahaha, I'd hate to be his owner. https://t.co/6lWZY4MtKF

Who'll win? Motorcyclist has 110km head-on with a car https://t.co/mYEynxAZFZ via @MailOnline