Witch tells Australia to “get #ucked”

A vile immature woman that played a “witch” in the Harry Potter witchcraft indoctrination programming, has been a real life witch dumping shit on the Gold Coast this week

Australians reacted on social media, and the witch replied with “get #ucked”

She and her girl friend should piss-off back to the UK if they think we suck so much.

We’ve all heard of “ambulance chasers”, but now there’s ‘corpse chasers’ too!

Poor buggers of death, are supposedly running out of stiffs because of the Wuhan bat-lab-virus lock downs.

Oi, comrade Xi Jinping, Aussie undertakers need your help. Can you send some Uighurs and Falun Gong over after you’re done harvesting their organs? 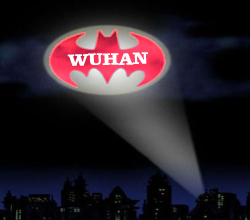 Or maybe get “batwoman” onto a new batch called, Covid-1984?

Yes I’ve read about the very small minority born with both genitalia, but that’s no reason to push all this other garbage on the majority! Regardless of my views, it’s the job of parents to tend to THEIR children’s emotional needs, not government funded #uckwits!

Thankfully a single parent got that crap stopped at one school. (DM)

Where’s all the other outraged parents?

Alternative couples “with or without children” are only “0.9%” of the population.

Dr Zelenko (Trump now promotes) in the US has treated 600+ patients on outpatient basis, most old with underlying conditions and not one needed a ventilator .. for $20 per person

His protocol, 2 x 200mg hydroxychloroqine, 500mg Azithromycin and 220mg zinc every day for 5 days, starting at the first sign of breathing problem, before the lungs are overwhelmed by inflammation.

That’s when it works best. Azithromycin has an anti inflammatory effect on lung cells and has been shown to greatly reduce viral load when given together with HQ.

Although once the virus badly wrecked the lungs, it was less effective.

Why do you keep taking the long way around to the finish line? You claim you have proof Labor and later the Liberals, signed off on the UN 1975 Lima Declaration. If so, PUBLISH IT, TABLE IT, so all Australians can learn about the TREASON … and shut this facade down! You have the smoking gun, yet keep it holstered unless on Sky with pinko tie guy! Why? – Youtube comment by AussieMatters

Yeah, I still can’t figure him out either. And after repeated requests, he never tells us where all the borrowed bail-out money is coming from. I’ll tell you – we’re borrowing, we’re going into more debt, to the very same country that the bat-lab-virus came from.

After the ‘global financial crisis’: Labor Treasurer Wayne Swan, got on the phone to Beijing and asked for a $300 billion “debt ceiling” credit card. Beijing said ok. (PM Gough Whitlam was sacked over a $4 billion foreign loan)

Swan was later awarded global ‘Treasurer of the Year’ for doing nothing more running down to the Chinese pawnshop and putting Australia up for hock.

2020: Drunk ass-clown Xi Jinping comes along in his truck, runs into our house, killing 100 people so far, drives away not charged, and we have to cover the repair, out of work and burial costs.

Later the cheeky prick that’s never offered his condolences to the dead, then sends us an invoice for the repairs on his truck … because we dared ask questions about the accident.