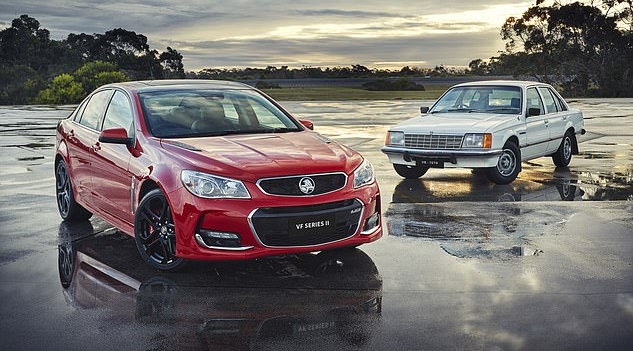 A country with all the resources, skills and population that can’t even make it’s own cars is a dead country.

Holden has axed the legendary Commodore from production after 40 years because of slow sales.

But so far this year there have been just 5,417 sold. Daily Mail

But how did this happen?

Bob Hawke’s Labor government began dismantling tariff barriers in the 1980s, which was the beginning of the end for Australian car manufacturing. Daily Mail

Five years earlier, 1975, the so called Labor government, sent over an ass hole to Lima Peru to attend a UN meeting.

The gist of the meeting was about treason … de-industrialising first world nations like America, Australia … sending our tooling overseas to third world shit holes like India and then rice patty, China.

The below video (with one error) outlines the treason. Contrary to what is said Australia never signed the treason; but in hindsight, lowering import taxes on US$2 an hour slave goods shows both sides of the ‘so called government’ have gone along with this Lima Declaration treason.

Love or hate America’s Trump, but he’s doing the reverse of the 1975 The Lima Declaration. (and other BS that came after)

If China wants to pay people $2 an hour to make widgets, good, go for it. Love you long time.

But when they get the shits at our border because an import tax has been applied to make the playing field level, then they can go and get #ucked. Buzz word they use is “protectionism”.

Lucky for them, no Australian PM will stand up to the treason.

That’s exactly the reason the commies are pissed off at Trump.