Checking my RSS TV show feed update … and this crap pops up today. 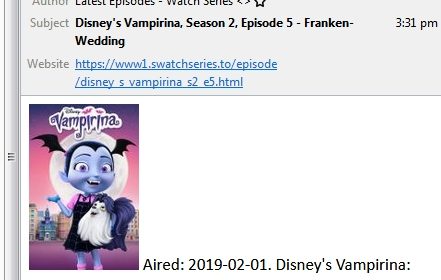 I’m agnostic (I’m multi-universe, everything always existed in one way or another, mindset) with loving Christian parents … so it’s hard not being biased … but how come there’s never balance at the children brain washing factory (Disney) with cartons about Children that follow in the foot steps of a guy that was the polar opposite of witchcraft?

Witchcraft? Crap, now I have to go into details for it to make sense for those that love blue skin. (represents cold dead corpses)

Before I do, the word “satan” is a noun that literally, in Hebrew, simply means “adversary”. The Jewish version of Job 1:6 says; “the satan” met with G-d. It doesn’t say an upper case thing with horns called “Satan” met with G-d.

The word “gay” still means “happy”. Just because sodomites (I don’t care where you stick it) use it so often, doesn’t change the word’s true meaning.

The founder of that other misnomer, with the “church” of the same name, was Anton LeVey … real name Howard Stanton Levey … and according to him, he was … “Jewish”.

Religious or not, they all usually go on about their supposed ‘chosen’ bloodline … it’s in the news everyday about someone here or there being “anti-Semitic”. (another misnomer as many Arabs are Semites). It’s never anti-Hebrew or anti-Jewish.

Yeah, so the chosen blood line, from 700 wives and 300 slaves (aka concubines) of Solomon … gee what an easy family tree to follow. (sarcasm) Solomon’s other popular wife from Ethiopia, was black. (on record, I love Dave Chappelle and B.B King)

Back on track .. the King called Solomon, was the son of King David … a King of Israel.

Mind you, there’s no proof of the following except in the Jews cloud fairy book. (zero archaeological proof 4 million Israelites lived in the desert for 40 years, with free food (manna) from the sky, after escaping Egypt)

The witch (they existed 5,000+ years ago) Solomon married was supposedly the daughter of an Egyptian Pharaoh.

Disclaimer: None of this is what I believe – it’s what the system over me (Govt., media, law, etc) that controls us believes … OK … the same system that makes us swear an oath of truth, in their courts, on the same story books.

What has this to do with Vampires? Good question.

What does Vlad the Impaler have to do with bats and dead blue skinned blood sucking killing things?

Vlad the Impaler never slept in a coffin, and all that other Hollywood created BS.

Yes I believe people today, believe in vampires, and act in good and bad ways believing such is real … but that doesn’t make historical ‘Dracula’ real.

The Dracula BS was created from the Vlad the Impaler story.

Vlad the Impaler, from Transylvania, with a very small defence, was under attack by Muslims threatening to take over his country … so he got super gruesome (no bats, no coffins, no fangs on throats BS) and did some really really, really really, bad shit … to freak the Muslims out … which oddly worked.

Walt Disney was a 33rd degree Freemason … 33 is the publicly known top level .. there’s a zillion claims on the internet about what they do or don’t do at that level … I’ve been looking at this crap since 2002 .. and even I’m not going there in words … because I don’t need too!

Those that make trash vampire rubbish, brainwashing innocence children’s minds, tell us with their symbols … who they are!

The G-d of the Jews told Moses to take Israel out of Egypt .. yet ABOVE the Israel Supreme Court today, is the Egyptian god HORUS … over Israeli LAW

Egypt has been taken into Israel. Pure blasphemy!

The local Southport Masonic Temple has all the the same Egyptian crap as does the Washington D.C Temple 13 streets from the Whitehouse.

The Israeli G-d of Moses, said not to lay with the same gender (Leviticus 18:22) yet above, the leader of Israel today is saying it’s OK.

Notice the Flag: King David never had that six sides, six triangles, six points symbol … that is the ‘Seal of Solomon‘, which is from Solomon’s witch wife.

How do you ‘spell’ blasphemy?

Does Disney also makes ‘programs’ about witches, sorcerers and witchcraft? Of course!

The above are in lock step with corrupted (according to their own writings … 1 Kings 11) Solomon and his witch wife from Egypt.

Look witchcraft up … it didn’t start a few years ago with Sorcerer Harry Potter … it’s been around for 5,000+ years.

Wands and “rods”, are the same thing …

God sends Moses and Aaron to the Pharaoh once more, instructing Aaron that when the Pharaoh demands to see a miracle, he is to “cast down his rod” and it will become a serpent. When he does so, the Pharaoh’s sorcerers counter by similarly casting down their own rods, which also become serpents, but Aaron’s rod swallows them all. … wiki

If it walks like a duck …  anyone that uses that crap, are warlocks and witches like Solomon and his witch wife … end of story, no debate.

Back to the TV show … so you see, there’s a ‘Coven of Solomon’ at work #ucking our children’s minds over world wide.

It’s possible I’m wrong; but ask yourself, why isn’t there balance – where is the counter witchcraft content? Why is the Egyptian god HORUS sticking out that Israeli court roof?

From that same RSS feed, I see new movie titles come though, and 90% are based on horror / witchcraft. If folk’s are into that, that’s your business.

But where is the ‘counter content’ about a guy that said, “love your enemies”? I like to watch movies too! I’m sick of scrolling through page after page on movie sites looking for postive content.

I have to wonder why Vlad the Impala was turned into “Vampire” BS, when the ‘Coven of Solomon’ have their own blood sucking stories to make BS out of … 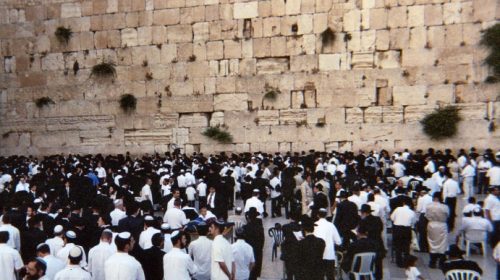 The only remains of sorcerer Solomon’s temple … where did the rest go? Maybe a higher power got mad, and destroyed it (twice) because of witchcraft going on inside?

Folks that hold sorcerer Solomon and his witch wife in high regard, are no friends of mine … they are the ‘adversary’ … and are not following the G-d of David … that other ass hole that sent his friend to a certain war death, while he stayed behind and #ucked the guys wife. 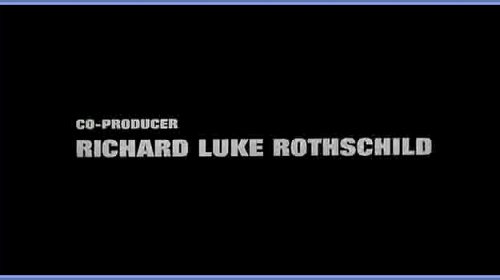 Welcome to the ‘Synagogue of Solomon’ show … whoops, the “Truman Show” … co-directed (cockroaches don’t like the main spot light) by a Rothschild. 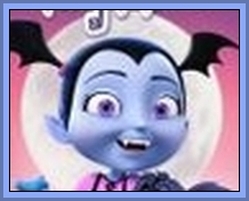 Who feeds this garbage to our majority Christian children?