First, I can’t stand Uber, I hate the current marxist schooling system, and I’m no fan of obesity. (even though I should lose some weight)

In this modern day and age, saying you ‘own’ your own children (humans) tends to upset the marxists – I’d tone it down to, ‘who’s responsible’ for the children.

Trouble with the marxist version is, it lets the public servants claim a slice of the parents ‘responsibility pie’.

One of those Courier Mail cultural marxist headlines caught my eye today … before I got to the end I was sure the title was going to end with concern about Uber strangers walking around school grounds.

Nope, seems the public servants, there to educate maths, science, English and so forth, are at it again crossing responsibility lines.

Why say “their students”, when what they really mean is … ‘their children’.

You know why this is wrong? Same BS is NOT enforced at Universities where people also go to learn.

No one human, is telling other humans what they can or can’t eat while at Uni. Public school servants have zero rights over what “their”children eat during non-school hours.

If children order Chinese or Pizza for lunch, then what does that say about the schools health and nutrition lessons?

The children are going to get that pizza one way or another.

I can’t see the whole story – – #uck paying to read that new world order rag – maybe it’s a boarding school, in which case parents are leaving little Johnny in strangers care .. OK fair enough, but food care? If the parents are OK with what little Johnny is eating, to hell with the marxists.

That’s not their public servant responsibility, neither is sex education for that matter … “normalise” 2 year old to sodomy. 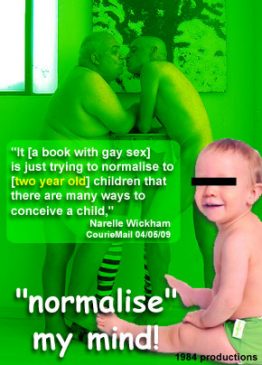 I’d throw religion in there as well, but it might be an Islamic or Jewish school in the story. Children ordering bacon burgers for lunch? 🙂

It’s mass mental marxist illness right in our faces in a supposed democratic nation – those that put up with it are just as bad for enabling it.