Two months later, and still no news on whom bashed Anthony Clark, his wife and daughter in Melbourne Victoria. 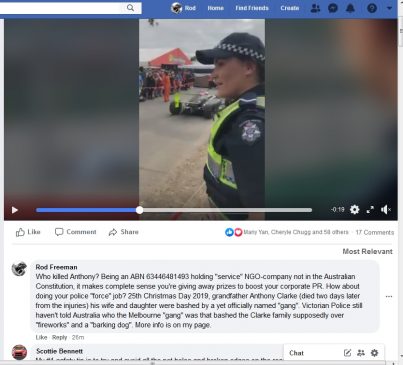 Who killed Anthony? Being an ABN 63446481493 holding “service” NGO-company not in the Australian Constitution, it makes complete sense you’re giving away prizes to boost your corporate PR. How about doing your police “force” job? 25th Christmas Day 2019, grandfather Anthony Clark (died two days later from the injuries) his wife Susan and daughter were bashed by a yet officially named “gang”. Victorian Police still haven’t told Australia who the Melbourne “gang” was that bashed the Clark family supposedly over “fireworks” and a “barking dog”. More info is on my page. 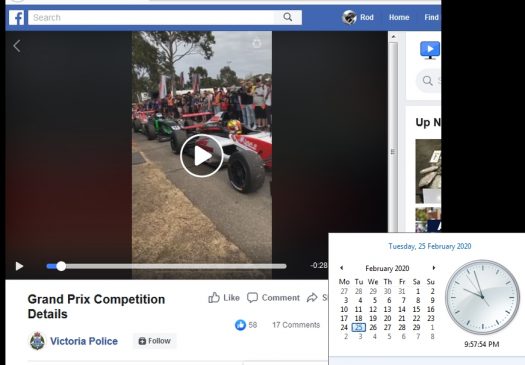