It’s 7.30am Thursday, I’m laying in bed with my large 42″ computer screen on thinking about…popcorn. The little microwave oven bags are a rip off.  I buy the 1kg bags at Drakes for $3.50

Stove top cooking ’em isn’t my thing due to the mess and added expense for oil, so I usually place 40 grams in a cereal bowl, spray with canola oil, place an upside plate over the top, and put the whole lot into the microwave for 4 minutes.

Trouble is by the time it’s done the bowl and plate are smoking hot.

Plan B: Get a hot air popcorn maker. $15 Target cheapie would be better.

Cool, done, add it to my after lunch errands list, shut the computer off, get up the shed and do some work … ow but before I go, check Gumtree..

Wow, nice, $10 for a fancy second hand one and only a short drive away. 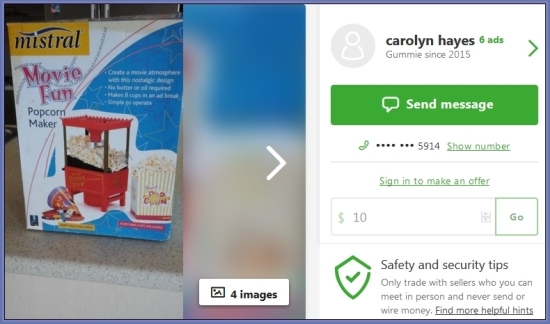 I contacted the seller via Gumtree’s message box .. 7:49am

Hi,
I’m interested in “Popcorn maker Mistrel”. Is this still available? If so, when and where can I pick it up?
I’m also in Molendinar.
Cheers
Rodney

Yes its still available, i will be home today, if you would like to come

I have errands to run after lunch and can drop by while out.
2pm be OK?
Thanks,
Rodney

At this point I’m getting ready to shut the computer off and go to work, but waiting for the address so I don’t have to stuff around later turning computers back on (only idiots that submit their privacy to Google or Apple, use phones for email) and waiting around for replies … get it all done while the seller is around.

Seller replies within a few minutes … 8:19am

Yes that should be fine, let me know for sure later will send you address, thanks

You ‘know for sure’ when you say something as fact, then someone replies with …. “Really?” 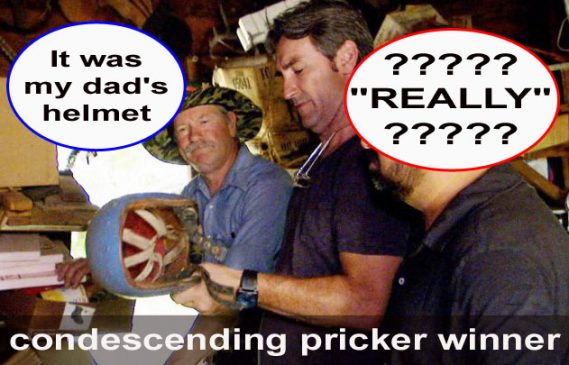 ‘American Pickers’ tv host Mike does the “really” every episode and drives me nuts. “Really” is a fancy way of saying, they doubt you.

Geez, can I just get an address so I can shut my computer off and go do other things until 2pm?

2pm is for sure.
Or drop it in here if you’re worried about creepy pop corn stalkers .. lol [my address and mobile provided]
Thanks.

Ok, I will let you know either way, popcorn stalker 🙂 🙂

It’s just a $10 popcorn machine, not an invite to Buckingham Palace. So at this point ‘Popcorn Princess’ pops into my head.

Forget it.
I’ll buy one from Target while I’m out instead.

Seller said they were home all day.

I could have written back and said I was coming at 9am instead. What difference does it make giving the address at 9am or 2pm? NONE!

Funny how Popcorn Princess’s put their full name and mobile numbers online, but will waste almost 2 hours of your time over a pick up address.

I can’t stand so called royalty – parasites with nothing better to do than waste the “Subjects” time and money.

I’ll spend that extra $5 on the small crappy looking Target one instead.