For decades such media outlets have ridiculed the existence of any such ‘new world order’ (NWO) plan.

PREDICTION – recently retired Microsoft board member Bill Gates, will position himself as the global Messiah leading the world out of dark times.

July 23, 2015 Gates funded patent 10130701 on Coronavirus. Sure, it was for the chicken strain, not the “bat” strain … but oddly neither strain is talked about any more. If bats were the cause, then why do we still let them scratch and shit on us in Australia? One month ago ACA 7 minute bat report never mentions “Coronavirus” 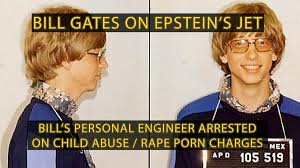 Why is a computer geek-nerd playing global doctor? Isn’t that what we pay our re-representative government taxes for?

The rich get bored and take on Godlike projects such as reducing the worlds population by “10 to 15%”. Yet Gates won’t reduce his own ‘kosher’ family down by the same amount; or force his three children to sterilise / not breed.

The “new world order” is for billionaires with private jets, yachts travelling their globe, and their millionaire ‘yes men’ lackeys trailing behind. All others are regarded as viruses on their ‘new world plantation’.

“Vanishing Breeds Worry Prince Philip, But Not as Much as Overpopulation”
Interview in ‘People’ magazine with Prince Philip Dec. 21, 1981
Q: What do you consider the leading threat to the environment?
A: “Human population growth is probably the single most serious long-term threat to survival. If it isn’t controlled voluntarily, it will be controlled involuntarily by an increase in disease, starvation and war.” read more

That old movie “Revenge of the Nerds” is starting to seem like a documentary.

*all of the above is satire, none of it is true, and swallowing fluoride really is good for your brain.