Cheap BMW at the insurance auditions coming soon … it’ll be the one parked outside two blocks away… from bidders because it literally smells like Russian human piss and shit. video source: DailyMail 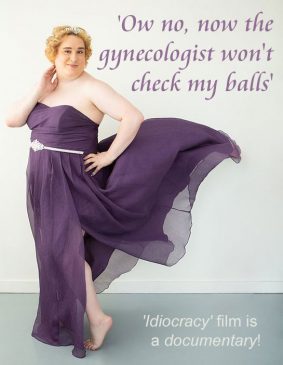 A Canadian transgender woman whose legal complaints against several beauticians who refused to wax her male genitalia were dismissed, has said now a gynecologist won’t see her. -read more (if you dare)

Hindu worshippers wielding swords and knives slaughtered thousands of buffalo this morning as the world’s biggest animal sacrifice began in a remote area of Nepal. – more photos at the DailyMail