They asked PM Morrison for trial funding – he told them to get stuffed. The last 11 MONTHS other doctors around the world have been having great success with it. Feb 5th 2021 the WHO spoke about it in a positive way but are dragging their heels supposedly needing more trials for something that’s been around 40 years and won the Nobel Prize in 2015. Feb 8th 2021 the TV show ‘The Doctors” debated Ivermectin. 3 of the 4 backed it’s use. See the video above.

“Christian” Scott Morrison never gave a cent and shuns MP Craig Kelly for talking about it!

“Democide is the murder of any person or people by their government, including genocide, politicide and mass murder.” Wiki

“Vaccine” is legally the wrong name for an mRNA which is a synthetic pathogen.

Pfizer etc, mRNA jabs contains no living or dead Covid-19, which is what vaccines are.

Those stabs should be called, GMO gene therapy. Reprogramming your natural immune system with a man made GMO substance never used on humans before, that will quiet possibly attack your organs down the track when you get a cold etc … is INSANE!

Once it’s in you, there’s no wearing off, there’s no taking it out via other drugs. It becomes apart of our bodies building blocks.

GMO seeds have patents on them and owned by Corporations, as do these GMO mRNA stabs. 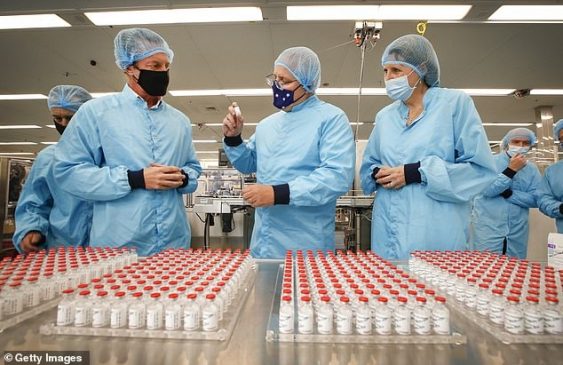 Every Covid-19 deaths after April 2020 is on this Morrison pricks hands!!

All this BS is to bring about the global WEF “great reset…new normal” where they brag on their website, “you’ll own nothing, and you will be happy”.