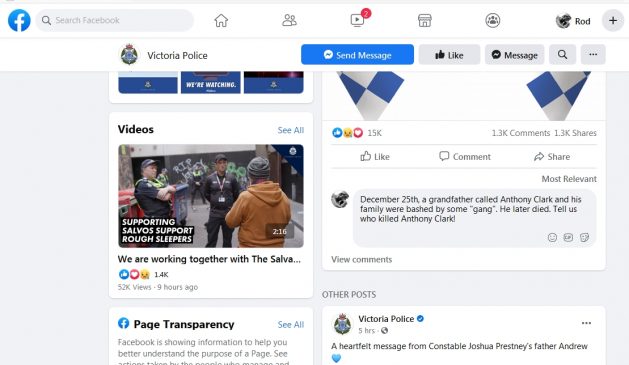 Yet the same cops with a shocking prior history, aren’t answering whom, or which “gang”, killed Melbourne resident and grandfather, Anthony Clark.

Update 29/04/20: Jogger, 15, is left seriously injured after being attacked by “African in appearance” gang.

9 Thoughts to “4 months later on ANZAC day, VIC cops mourning their dead yet not answering who killed Anthony Clark”