Posing as a Gumtree customer, Channel 9 smoked out 5 O’Clock Charlie and his 20 pack of dunny rolls ready to drop on his enemies for two grand.

Come on, anyone you take that much profit from isn’t going to be your friend.

Desperate for anything to post about, the grubby Daily Mail gave a thief an extra 5 minutes of shame today.

In his latest 5 minutes, a supposedly innocent Dozsa claims he schemed to act insane so the cops that arrested him for STEALING would send him to a less secure nut-house where he could later escape.

Who let this loony out?

2 months ago that Canadian (only they wear socks with sandals) punk band ‘The Chats’ found him nicking ciggy butts out of their mums (same mum, three fathers) 1989 Tarago touring van ashtrays.

While puffing on a lit butt, he told them the sad story that even that the desperate DM (at the time) didn’t want to hear.

The sandal wearing Canadians spent a week coming up with a 1 minute song (the other minute in the video is non-music BS)  promoting stealing food from restaurants!

Two related whales in grey tops, a mother and daughter. The third whale in purple leggings, from an unknown pod.

Yet when the cops turned up, no assault charges on the grey whales. What a bizarre country.

How long do the same germs on their touch screens, ATM, EFTPOS keypads and the hands of bank tellers last?

Same hygiene methods are needed for both anyway.

The new world order ass holes (Rothschilds) are loving this window to scare people away from cash and into their long sort after cashless one world  government plantation.

They can’t see what we buy with cash, and they can’t take a fee for using our own money each translation … and that’s just killing them inside!!! Many people in the DM comments have their eyes open! 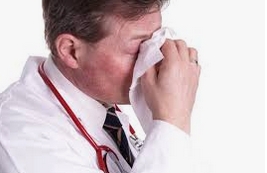 If you have AIDS or HIV and go screw someone without telling them you’re sick, you’ll go to jail!

Yet if you’re a doctor and know you’re sick, and you still treat 70+ patients without telling them you’re sick … you’ll get to walk free and folks will treat you like a hero.

A recent comment spammer calling his-her-it’s self the “bald avenger” has been accusing me of playing pre-recorded Youtube budgie chirping over the CB radio.

Although my bored budgie Billy might have! His much older wife died two week ago and there are no other budgies here any-more. (a snake and or old age got them all)

Poor little fella has a shit owner that won’t spend $10 on a new bride for him.

I told him to chillax as I haven’t had a root in 23 years – and he gives me a stupid look like he doesn’t understand why he’s the one locked in the cage.

Maybe I should grab Paul Charles Dozsa and we admit ourselves into a nut-house.